(CNN) At least 64 law enforcement officers have been shot and killed this year, the most in five years,according to the National Law Enforcement Officers Memorial Fund.

The 2016 shootings have spanned the nation, from California to Massachusetts.
They've exceeded the annual average of police shooting deaths over the past 10 years, 53. And this year's total is higher than the number of firearms-related police deaths in 2015. According to the fund, firearms were responsible for 41 of 123 officer fatalities in 2015, one of the safest years for officers on record.
The decade's highest total came in 2011, with 73 officers shot dead. This year's shooting deaths include an officer on her first day on the job and a sheriff's corporal who was about to retire. The most recent shootings happened in Americus, Georgia. An officer from Georgia Southwestern State University and a city officer were fatally shot as they checked a report of a domestic dispute at an apartment complex near the school, police said.
The total of 64 includes two incidents in which an officer was accidentally shot by another officer. Here's a look at all the officers shot and killed in the line of duty this year, as of December 13: 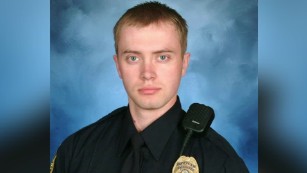 Brandt, an 11-year veteran of the Fairbanks Police Department, was shot multiple times October 16 while responding to reports of gunfire. He was wearing body armor but was struck by bullets in a leg and shrapnel in an eye.
He died October 28 of complications experienced during surgery. After the shooting, the father of four had been well enough to speak at a community council meeting, saying he had predicted to his family he would be shot. The suspect, who fled in Brandt's patrol car, was arrested. 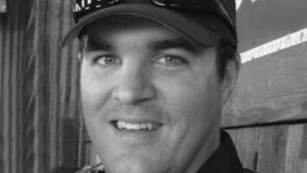 Phoenix police Officer Glasser, 35, was responding to a report that a man was stealing guns from his father's home when he was shot on May 18, CNN affiliate KTVK reported, citing police. Glasser died a day later.
He and other officers had arrived outside the home in Phoenix's Laveen area. The caller's son was in a van when Glasser and his partner parked their squad car but got out of the van and shot Glasser, KTVK reported. Other officers returned fire, killing the gunman. Glasser was survived by a wife and two children, KNXV reported. 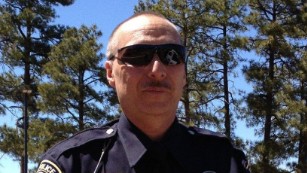 Reed, 50, had responded to a call about a disturbance in the town of Show Low when a man shot him on November 10. The suspect was later killed in astandoff with police. 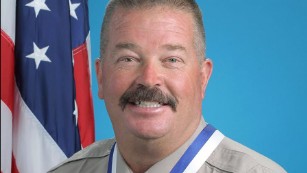 Owen, 53, of the Los Angeles County Sheriff's Department died October 5 after a suspect shot himwhile he was responding to a residential burglary.
Owen was a 29-year department veteran.
The suspect was apprehended. 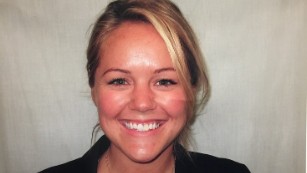 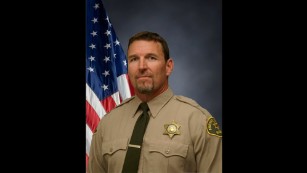 Lucas, of the Fresno County Sheriff's Office, wasaccidentally shot dead in the chest during a chat with a detective about firearms on October 31, the sheriff said.
The shooting happened in a special investigations unit building. The detective and two other employees tried CPR and other attempts to save Lucas, but he died at a hospital.