A Turkish policeman has shot dead Russia's ambassador to Turkey, Andrei Karlov, apparently in protest at Russia's involvement in Aleppo.

The killer has been identified as Mevlut Mert Altintas, 22, a member of the Ankara riot police. It was not clear if he had links to any group.

The incident happened a day after protests in Turkey over Russian support for Syrian President Bashar al-Assad. Turkey's president said the attack was aimed at hurting ties with Russia.

Recep Tayyip Erdogan spoke to Russian President Vladimir Putin by phone and, in a video message, said that they both agreed it was an act of "provocation".

He said that those who wanted to harm relations between the two countries "would not achieve it".

In televised remarks, Mr Putin said the act was "undoubtedly a provocation aimed at disrupting the normalisation" of bilateral ties and the "peace process in Syria".

A group of Russian investigators will arrive in Turkey to look into the case, Mr Putin's spokesman Dmitry Peskov said.

While there were protests in recent days about the situation in Aleppo, on a political level the Turkish and Russian governments have been co-operating in the ceasefire operation, the BBC's Turkey correspondent, Mark Lowen, reports.

Before the attack happened, a meeting of the Russian, Turkish and Iranian foreign ministers had been planned for Tuesday in Moscow.

But now it seems the political fight over Syria's future has spilled over into public hatred, our correspondent says.

The attack was swiftly condemned by other countries:

The movement of US-based cleric Fethullah Gulen has also condemned the attack and rejected any links to the attacker, according to an adviser quoted by Reuters news agency. Turkish officials blame the movement for July's failed coup aimed against Mr Erdogan.

Several hours after Mr Karlov was killed, a man was arrested for firing a pump-action shotgun in front of the US embassy in Ankara. The state-run Anadolu press agency said he fired around eight shots into the air early on Tuesday. No-one was hurt. The US missions in Ankara, Istanbul and Adana will remain closed on Tuesday. 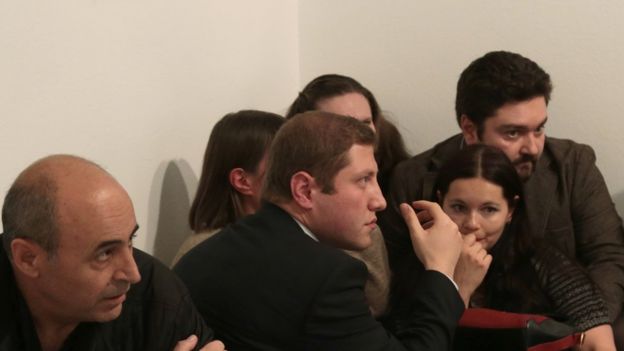 The ambassador had been attending a photo exhibition called "Russia as seen by Turks". Video of the event shows Karlov making a speech when gunshots ring out. Eight bullets are said to have been fired. The camera pulls back to show a smartly dressed gunman, wearing a suit and tie, waving a pistol and shouting in Arabic and Turkish.

He can be heard yelling "don't forget about Aleppo, don't forget about Syria" and uses the Arabic phrase "Allahu Akbar" (God is great). He is said to have died in a shootout with police soon afterwards, but details have not been given. Karlov was rushed to hospital but his death was later confirmed by the Russian foreign ministry. 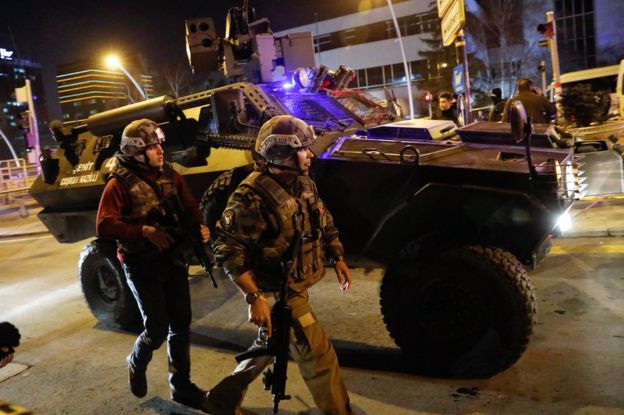 Karlov, 62, was a veteran diplomat who had served as Soviet ambassador to North Korea for much of the 1980s. After the collapse of the Soviet Union in 1991, he had a posting as Russian ambassador to South Korea before returning to the North for five years in 2001.

Taking up the Ankara posting in July 2013, he had to grapple with a major diplomatic crisis last year when a Turkish plane shot down a Russian jet close to the Syrian border.

Condemning the attack as an act of "terrorism", Russian foreign ministry spokeswoman Maria Zakharova said Turkey had given assurances that there would be a comprehensive investigation, and those responsible would be punished.

"The memory of this outstanding Russian diplomat, a man who did so much to counter terrorism... will remain in our hearts forever," Ms Zakharova said.